Red cabbage slaw is rich and vibrant; a treat for the eyes and simple to make. Pair it with some grilled fish, halloumi or chicken. This delicious recipe uses miso to make it creamy without using mayonnaise.

Miso, like yogurt, is a live food packed with bacteria that’s good for you. It adds a savoury, umami flavour to food and can be used in lots of ways. Traditionally, miso is made using cooked soya beans, koji culture, salt and often a grain such as rice or barley. These ingredients are fermented and then slowly aged which can take anything from three months to three years, depending on what kind of flavour and texture is required.

In a small bowl, whisk together the ingredients for the dressing. Alternately you can use a small blender to combine until smooth. Set aside.

In a large bowl, toss the cabbage, carrots, apple, spring onion and sesame seeds together with the dressing. You can also omit the sesame seeds and serve them as a garnish.

Serve immediately if you like it very crunchy or let it sit covered in the refrigerator for a few hours for a more slaw-like texture and to let the flavours mingle a bit. Both ways are great. Depending on how you are serving the dish it can be served at room temperature or cold.

Ahhh….A drink after a long day to take the edge off before bed, and then maybe a few more on the weekend to help you loosen up when you go out with friends. Socially, drinking is one of main ways we enjoy being with friends.

The trouble is it’s easy for those units to mount up, without even being aware of it (when I ask my clients to write down how much they actually drink, many of them are very surprised). And over time it can have really detrimental effects on your health, mood, energy levels and weight. Because some of these problems can creep in overtime, you may find it difficult to link them directly to drinking. 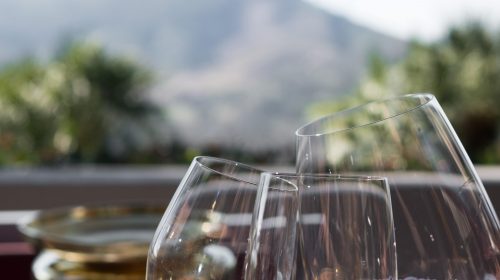 The recommended guidelines for alcohol are no more than 14 units a week, with at least 2 alcohol free days per week. A typical bottle of wine will contain 10 units. It’s easy to get through a bottle with three generous glasses in a night! Let’s face it, whoever pours a small glass?

Do you ever wonder if you drink a little too much? Maybe it’s crossed your mind on occasion that you have a problem with alcohol (even if you’ve not spoken those words out loud)? Do you use alcohol like a social crutch to give you confidence at parties and events? Do you often wonder what life would be like without alcohol or even why on TV, films and even in real life the alcohol flows freely at practically every event? It’s like we should all be drinking, and without it, we must be having less fun.

Have you ever thought about cutting down? And then maybe worried that not drinking seems somewhat suspect. After all, abstaining is often interpreted as a tacit indication that you struggle with alcoholism (itself a stigma and kept private), or that you’re just a virtuous teetotaller who’s a party- pooper and doesn’t know how to have fun! Trying to cut back though can be difficult and often meets with disapproval from others.

While you might be eating well, doing your yoga or Pilates, meditating, getting your 10,000 steps every single day, at the end of a long day, you get back from work, kick off your shoes and head for a glass of chilled Sauvignon Blanc. Soon, one glass is a second glass, which becomes the rest of the bottle.

I wonder if that sounds familiar?

If any of these questions above have crossed your mind, perhaps you are sober curious.

The sober curious movement is gathering pace and not drinking is really rather trendy. To be clear, ‘sober curious’ is not the same as sobriety (being 100% sober). According to Ruby Warrington, author of the book Sober Curious, it’s not that you’re either a drinker or teetotaller. Rather, it’s about bringing a “questioning mindset to every drinking situation, rather than going along with the dominant drinking culture”. Sober curious is a movement that welcomes you at any stage of your questioning the role alcohol plays in your life.

It may be that you have already dipped your toe into extended periods of sobriety – Dry January, Go Sober for October. Being sober curious the rest of the time is a natural extension. There are even sober bars popping up where you get to socialise over mocktails and kombucha rather than a G&T.

Author Ruby Warrington – the first to coin the phase – began thinking about her alcohol consumption in 2010 in terms of its impact on her health and wellbeing. She was drinking in a very socially-acceptable way. The way you might see openly portrayed on social media, it wasn’t like she was drinking secretly or during the day. Maybe a few glasses of wine on a few weeknights and a mini-binge at the weekend. Like many, she was simply doing it without question.

But then she began to question the role it played in her well-being, drinking less and less often. And then she stopped almost completely. With that came relief from hangovers, sleepless nights, and anxiety, plus a new sense of self-confidence and a stronger ability to cope with daily life. She calls her approach to drinking sober-curious, which she describes in her book Sober Curious.

Being sober-curious starts with asking yourself:

Why am I choosing to drinking right now?

Is it expected of me that I will have a drink right now? If so, how do I feel about that?

What will this drink do for my health and general well-being?

Think about what it is that you actually want.

It’s also important not to focus on what you’re cutting out. Instead, focus on everything that you’re cultivating or creating space for now in your life by looking beyond drinking.

When you do drink, ask yourself: How is this drink actually making me feel compared to how I thought it would make me feel? You might begin to notice that alcohol makes you feel tired and groggy and doesn’t give you the lift or the release you were looking for. And these experiences might make it easier to choose not to drink on some future occasions.

If people question you, it may sometimes be easier to have an excuse. For example, “I’m just not drinking this month” or “I’m driving.” Sometimes it’s easier to shut down the question, depending on who’s asking and whether you are comfortable sharing. Don’t be afraid to say to friends that you’re taking some time off from drinking, that you’d like to do something different instead (on a night you would normally go to a bar) . Remember, you don’t have to justify yourself to anyone. But if you feel the need to, I always tell my clients to use me, their nutritionist, as the reason!

Can you ever drink if you’re sober curious? Of course! Being sober curious is not about never, ever drinking. It’s simply being more mindful about when and why we drink, and how it fits in with the other things we want in our life. And that’s something we could probably all do with more of in every aspect of our lives.

The Sober Diaries: How one woman stopped drinking and started living by Clare Pooley

Drink?: The New Science of Alcohol and Your Health by David Nutt

Alcohol Lied to Me: How to Stop Drinking and Get the Real You Back by Craig Beck. There are some excellent hypnosis tracks to go with this book by Craig Beck